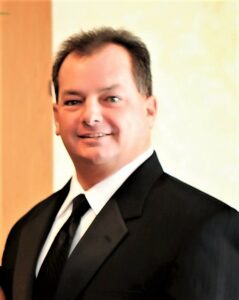 He married Angela “Angie” Firestone on September 24, 2008, in Graytown, Ohio, and the two of them went off on an adventure to live in the Sunshine State in 2013. He was so proud of the two joys of his life, Chay Thomas Jenkins and Ashlee Suzann (Jenkins) Sharp. He was an avid fan of The Ohio State Buckeyes, Cleveland Browns, and Cincinnati Reds. He loved to golf, but friends and neighbors knew that Ward always had a project he was working on around his home.

Ward was a 1977 graduate of Marion Harding High School, Marion, Ohio. His jobs over the years led him to the HVAC wholesale sales positions that he did for the past 20 years. He worked for Tropic Supply, Inc. at the Orlando, Fla., branch. He was previously employed at Johnston Supply, Genoa, Ohio; Lute Supply, Fort Wayne, Ind.; Robertson Supply, Sandusky, Ohio; Williams Distributing, Maumee, Ohio; and Goodman Distribution, Clermont, Fla.