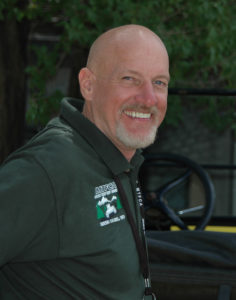 Gerald G. Cain, age 65, passed away on Saturday July 28, 2018 at the Mike Conley Hospice House in Clermont, Florida. He was born on April 29, 1953 in Richardson, Texas to Dr. Gerald Cain, Sr. and Shirley J. Cain. From an early age Gerald was a tenacious and creative individual. He started tap dancing at age 7. He met his future wife Doris Coher Cain at the Community Christian Church in Richardson, Texas when he was 18 and she was 15. Upon shaking her hand, Gerald refused to let go. That awkward beginning led to marriage three-and-a-half years later on July 4, 1975.

Gerald studied Film & TV at Stephen F. Austin State University and earned his B.S. degree in 1976. Two years later while working for local TV station KLTV as a cameraman, his daughter Carrie arrived. Motivated to expand his career, Gerald and Doris relocated to Dallas to open their own video production company in 1980. A Datsun dealership was their first client and more video and commercial success soon followed. With a full-service production and post-production facility they began producing segments for the Dallas Cowboys Weekly TV show. Gerald filmed and produced the top-rated music video of the year, “Ice Ice Baby.”

As their reputation grew, Doris and Gerald branched out, producing high-end videos for clients of EXP Productions in California including Disney, Intel, Kodak, Motorola, Sony, and Sun Microsystems. In 1997 Gerald answered the call to become Creative Director for EXP Productions; he and Doris moved and lived in Northern California for the next seven years.

In 2004 they returned to live in Canyon Lake, Texas to be closer to their grandchildren, Aiden and Triston. Four years later they moved briefly back to Dallas and then on to Orlando, Florida where they did an impressive array of projects for Disney.

In April 2016, Gerald was preparing to leave for Spain for a 3-week photo shoot when he was diagnosed with brain cancer. For the following two-and-a-half years, he and Doris battled the cancer in every way possible while making the most of the time they had together. They traveled, visited family and friends, and created new memories until Gerald had to slow down considerably and affectionately became known as “Mr. Mellow.”

Gerald will be remembered as loving father, caring grandfather, loyal friend, gifted mentor and creative director. He was passionate about his family, business and hobbies. Above all, he was generous…donating his brain to cancer research.

In lieu of flowers, donations in Gerald’s memory and honor can be made to: